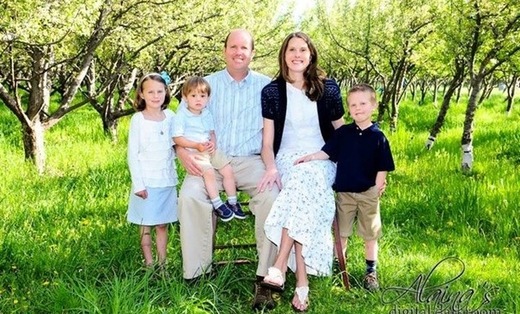 About This CauseI would love for you to be able to help my dear friends Amy and Leo Teemant. In 2002, just after Leo and Amy were engaged, Leo was diagnosed with stage III melanoma. He was treated and recovered. Eight years and three children later -and just days after graduating from BYU with bright hopes of the future, Leo was experiencing eye pain which led to the devastating discovery that he had stage IV melanoma. With 35 tumors throughout his body, his prognosis was anything but promising. Miraculously, Leo’s treatments proved promising as the tumors all disappeared. But despite the miraculous recovery, Leo still suffered health challenges due to his medication and more eye trouble which required multiple surgeries. These health problems made it impossible for Leo to work to support his family financially. Amy tried to work, but quickly realized she needed to stay home to help Leo. Things were beginning to look promising and positive for their young family until July 2013 when his severe headaches came and things took a turn for the worse - and fast. A doctor visit revealed a tumor the size of a plum in his brain. After radiation and successful surgery to have it removed, hope quickly faded as his prognosis worsened, for the cancer had spread into other areas of his brain and cerebral spinal fluid. His doctors gave him weeks to live. Unfortunately, this time his prognosis was accurate and Leo passed away on December 9th. They are a very loving and giving family and have been able to help many others even when Leo wasn't feeling well. Because Leo's health has not been good he has not been able to work for awhile which has made things more difficult for their family.

100% of the donations that you make will go to the Teemant family .

Any amount you are able to contribute to the Teemant family would be greatly appreciated.

Donate Using a Credit Card. Through WePay, the number 2 service after PayPal.